What Do Billionaires and Top Brokers Have in Common? 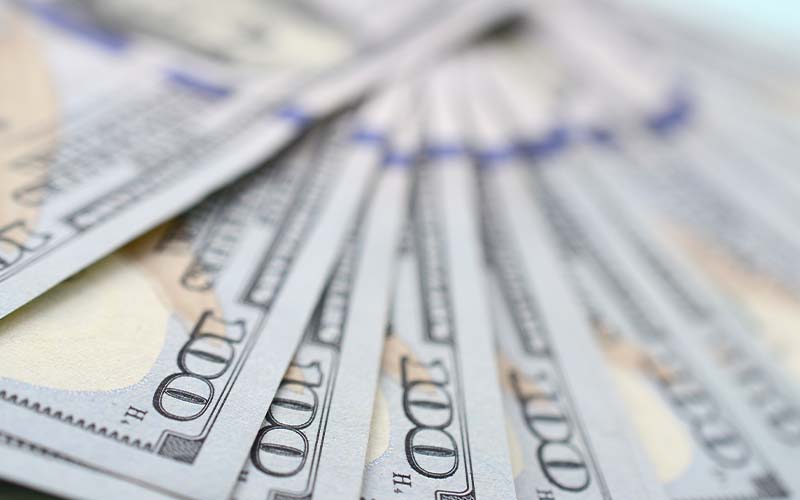 Forbes has a fascinating feature called “The Real-Time Billionaires List,” an up-to-the minute listing of the world’s richest people and their current net worth.

Remember all that talk a couple weeks ago about Elon Musk passing up Jeff Bezos as the richest person? Well, it didn’t last. Bezos is back on top with $192.8 billion as of the morning of February 5, 2021. But Musk is still getting by; his net worth as $185.4 billion. Bill Gates is fourth richest. Zuck is fifth. Warren Buffett is 9th. The richest member of the Walton family is 17th. China’s Jack Ma comes in at 20th.

But each of these 2021 billionaires pale in comparison to the 19th Century industrial magnate John D. Rockefeller, the richest American of all time. If you converted Rockefeller’s worth to 2021 dollars, his fortune would be $400 billion or 2 percent of current U.S. Gross Domestic Product.

Some historians look favorably upon Rockefeller’s life and legacy; others not so much. Nevertheless, when you’re that rich and powerful, you undoubtedly leave an impact on the world long after you’ve left the world.

Of all the contributions Rockefeller made, this little piece of wisdom is one of my favorites: “Don’t be afraid to give up the good to go for the great.” In other words, you may be wasting your time and neglecting your potential if you’re happy with the good-but-less-than-stellar status quo you are currently experiencing.

The struggle to move from good to great has captured the imagination of ambitious people for centuries if not millennia.

And it’s not just individuals. Good companies have long fixated on achieving greatness. In 2001, Jim Collins wrote his best-selling book, Good to Great, which changed the way executives talk. For example, “get the right people on the bus,” is now firmly rooted in the global lexicon of business.

I like to ask similar questions about individual people especially those who sell things for a living – Why do some brokers race to the top right away while others spend 40 years wallowing in mediocrity? Why do 20 percent of brokers win 80 percent of the business?

After studying top-producing sales pros, I’ve come up with a list of things that can turn you from good to great:

The Foundational Stuff – For starters, the great ones have mastered all the things that “good” agents do such as working hard, overcoming prospecting reluctance, ethics, professionalism, time management skills, self-confidence, maintaining good records, etc.

Attitude – Top producers religiously abide by three words: responsibility, authority and accountability. They accept total responsibility for their lives and careers, they know they have the authority to carry out their responsibilities, and they are 100-percent accountable for whatever happens. If they succeed, they graciously accept credit and never chalk it up to “luck.” If they screw up, the take full responsibility even if they got a raw deal. They never blame, and they refuse to be victims.

Creativity – Successful brokers think of good things to sell and then find the right client for the idea. Top producers often put the idea of making a purchase in the would-be client’s head long before he or she would have thought about it on their own. Don’t wait for the ideal customer to come to you; proactively create new clients.

Persistence – In today’s crazy world in which many of your clients are simply too busy to talk to you, it commonly takes eight or more email and voice mail messages before you reach someone. Don’t give up.

Quick Thinking – Many deals almost die as you near closing time because of some last-minute “crisis.” This is where outstanding brokers shine. Think on your feet, come up with alternatives, get the two sides to come to the table and don’t panic.

Listen Intensely – To be a top producer, you have to listen and truly hear. It’s generally best to listen twice as much as you talk. Great sellers don’t script questions; instead they write down the information they need and then ask the prospect whatever probing questions are necessary until they have all that info.

Extensive Product Knowledge – A great broker knows what he or she sells. If there were “Ten Commandments of Selling,” one of them would definitely be, “Know Your Market.” You need to be able to rattle of facts quickly and know the product intimately enough to answer the detailed questions that come deep in the selling process.

Speed Kills – Now that consumers can find information instantaneously, they expect super-quick service even when dealing with complicated, B2B purchases. Responding to emails/voice mails within 24 hours simply isn’t fast enough anymore. We must be as responsive as possible.

Think Long Term – The best brokers realize that a short-term or self-serving gain is never worth the long-term price. There’s an old saying that goes, “Client before commission.” Those who follow this never seem to have trouble making a lot of commission in the end.

Think Big – The smaller the deal, the bigger the hassle. Don’t waste much time on deals that pay very little. Time is the single scarcest resource in the world. Use your time in such a way that delivers the biggest bang for the buck.

Specialization – Drill deep in order to go broad! Those agents who become experts and spend at least 75% of their time in one specialty area, almost always do better than the generalists. People pay a premium for true subject matter experts. It’s why surgical physicians bring home more money than general practitioners.