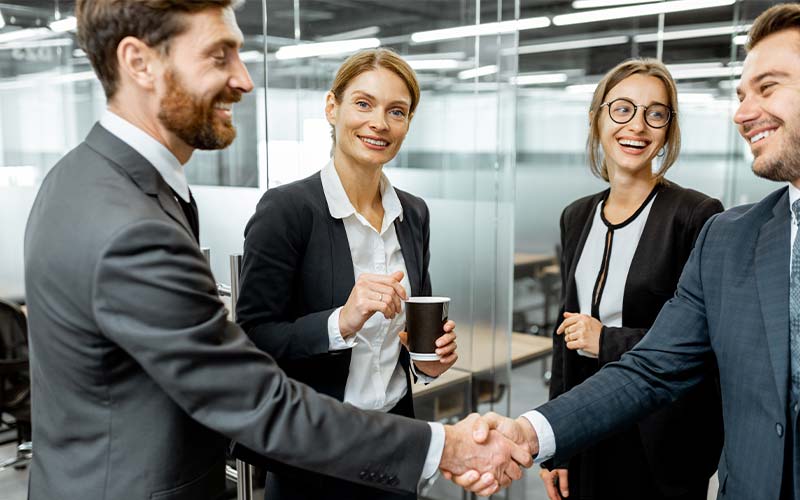 A client of mine once needed help opening a branch office in a different city. I called a commercial real estate company owner I knew in that town. The owner connected me with one of his young agents who was excited to receive the referral. The agent thanked me profusely. I thought, “Well, I chose a great guy to do this deal!”

But that turned out to be the last time I heard from him.

Six months later, I ran into the client I had referred, and he told me he ended up doing a deal in that city. I asked how the agent to whom I connected him performed. My client’s response was troubling: “I actually never heard from him, so I used someone else.”

I was unhappy to say the least. I called the agent and asked what had happened. He stammered a bit and basically told me he let the client “slip through the cracks.” That was not something I wanted to hear.

The agent should have given my client extra attention simply because it was a client referred by someone. He should have sent me a short email each month during the deal keeping me up to date or at least notifying me each time the deal passed a milestone. I entrusted him with one of my valued clients, and he let me down.

By blowing off a referral, the young agent missed out on a golden opportunity, because referrals are one of the most important tools CRE professionals have in our toolboxes.

It’s getting harder and harder to cut through the clutter and reach influential decision makers. That’s why referrals have never been more valuable than they are today.

In an era when buyers are jealously protective of their time, a referral from a trusted source is your ticket to the show. The higher up a prospect is in a company, the more important referrals are.

Reaching busy decision makers is not the only reason you should ask past/current clients for referrals. By asking for business leads, you could find out about prospects who otherwise would remain hidden from your view. There are essentially thousands of prospective clients out there who you do not yet know and who have not heard of you. A referral is your ice breaker, a chance to know someone who could someday become one of your best clients.

Additionally, referrals can get prospects thinking about making a change even when the thought of changing hadn’t previously entered their minds.

For example, let’s say there’s a client who is marginally happy with the status quo. They’re happy enough that they don’t feel compelled to look around but they’re not so satisfied that they wouldn’t consider an unexpected solicitation from someone who referred you. A referral could be just enough of a catalyst to make them consider a new provider. Referrals are catalysts.

Despite the power of referrals, some brokers are hesitant to ask their current/past clients. Perhaps they are worried the request will be an unwanted interruption in the client’s busy day. Perhaps they’re worried they didn’t do a good enough job for the client. Perhaps they fear “going to the well one too many times” — they already took time from the client when doing the deal, so they feel guilty taking more of the client’s time now.

If you have done a good job of serving the client while at the same time building trust, have no fear or hesitation asking for a referral. In fact, you could make the argument that the referral actually strengthens your relationship with them. It’s kind of flattering when a vendor wants me to make referrals on their behalf. It shows me that I was an important and prestigious client.

Asking for a referral puts you and the client on the “same team” and creates more of a friendship between the two of you. Furthermore, saying nice things about you to others reinforces and reminds your client why you’re so awesome.

Some clients might actually be a bit offended if you don’t ask for a referral. I once had a client with whom I worked a long time and built a nice friendship. After a couple years, I finally asked for a referral and testimonial. Her response? “I was wondering why you never asked me for that!”

Always be grateful for any referrals you receive. When clients allow you to use their names to seek business from their cherished contacts, they are putting their reputations on the line just to help you. That means you have an obligation to treat those referrals with the utmost care and respect. Caring for referrals is a sacred trust in the brokerage world, so take your job seriously