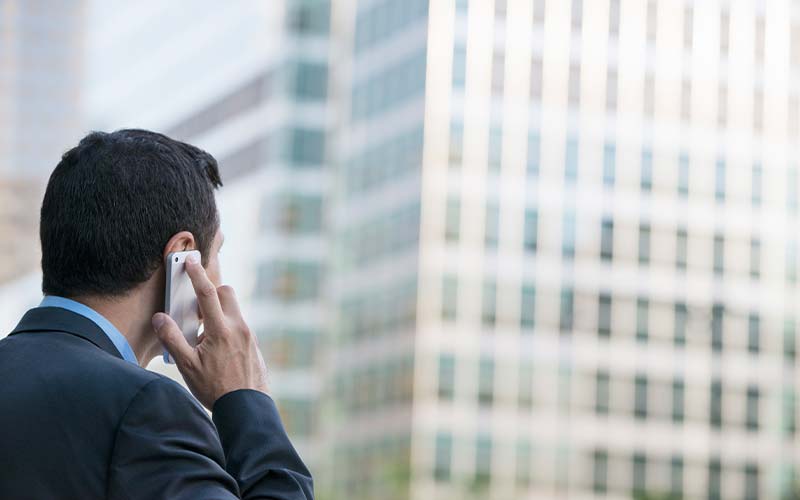 I get them every day and you probably do too.

About 15 seconds after you click “accept,” you receive a LinkedIn direct message from the person nakedly pitching some product or service.

There are a lot of reasons why we receive so many of these messages, but the primary ones are fear and laziness. These direct-message prospectors are afraid of contacting you in a live, interactive way (such as calling you on the phone), because it’s easy to get rejected when you call. They are also too lazy to craft compelling prospecting messages based on what you value, so they just pitch features and benefits to tons of people via LinkedIn. They assume that if they shotgun-spray enough connections on LinkedIn, they’ll get enough business.

Despite working with thousands of sales professionals and hundreds of companies, I have met very few who make a living by prospecting solely through the social media. For most, it just doesn’t work. At best, social media is one form of communication among many that a good sales practitioner uses. Social media is useful but it has limited utility as an actual prospecting tool.

To generate the commission revenue you truly desire, pick up the phone. The telephone remains the most efficient form of prospecting when you calculate the benefits you get from the time, energy and money invested in it.

If you don’t believe me, ask yourself this question: “If social selling is so powerful, why does almost every social selling company have a team of telephone-based sales reps peddling their products?!!?”

But many CRE brokers don’t like telephone prospecting because the phone comes with a lot of rejection. Human beings hate rejection. We work hard to avoid it throughout our lives. If you research, “top 10 phobias,” the fear of rejection pops up frequently.

As social beings, the avoidance of rejection is a powerful motivation. It’s hard-wired into our DNA. It’s a matter of survival, because people need other people to survive. That was especially important in prehistoric times when primitive humans banded together to raise food and protect themselves from external threats. If you didn’t fit into the tribe, you were left on your own to fend off predators.

Even though we have evolved into sophisticated beings with technology at our fingertips and complicated social structures to protect us, it’s hard to shake our ancient traits. While a fear of rejection helped us to survive 5,000 years ago, it can hinder us in today’s competitive real estate environment.

How can you overcome your natural predilection to avoid rejection at all costs and push forward as an effective telephone prospector?

Envision success – Like an athlete preparing for a big game, you have a higher likelihood of succeeding if you picture yourself doing well in advance.

Keep it in perspective – It’s not the end of the world when you get rejected. It may have meant life and death in primeval times, but in the 21st century, it’s just a speed bump. You will live to fight another battle. You will live to make a more successful phone call.

Build a big list – Make sure you have a large number of leads in your pipeline, so you’re not too dependent on any one lead or prospect. Rejection hurts more when you don’t have any other prospects to take the rejector’s place. Plus, too few leads make you desperate.

The right kind of leads – Study who you have been targeting in the past. Is it really the right group of people? Should you be targeting a different prospect profile?

Have a plan – Those agents who have a well-developed personal plan for prospecting tend to fear rejection less. A good plan means you have a dedicated prospecting time and a step-by-step system you follow when engaging new cold prospects.

Persistence – Because most prospects are so busy, it’s now taking eight or more attempts to get a cold prospect to return your call. However, most agents give up after 2.5 attempts. If you give up too soon, your pipeline will be too skinny, making you dependent on too few leads.