Knock Off Your Networking Rust 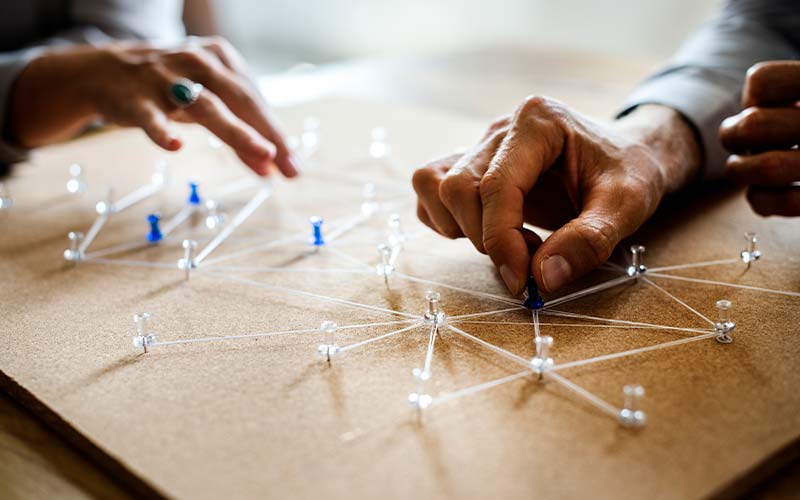 After a year of online and telephone prospecting – and hardly any in-person events – many brokers are going back to traditional networking as a way to generate new leads.

Last month, someone told me about going to his first cocktail party “mixer” since before the pandemic. “I actually felt a little rusty,” he said with a laugh.

Whether you’re feeling a little rusty or you just want to brush up before your next event, here are some best-practice ideas for performing well and feeling comfortable at in-person networking events:

There is absolutely nothing wrong with rehearsing how you will act in a networking encounter in the privacy of your home or office. Some people even practice in front of a mirror.

If you’re not graceful at working a room, think of someone who is. Study that person. Think how you can imitate him/her. Each time you go to a networking event, do something he/she does. Instead of reinventing the networking wheel, figure out how you can mimic someone who has already figured it out.

Holding a drink at a social function can help you be more comfortable.
If you’re a non-drinker, hold a soda. The drink is useful, because it gives you something to do with your hands.

One way of dealing with any hesitation you might have is to envision success before going to an event. Like a coach mentally preparing athletes for a big game, you can increase your likelihood for success by imagining yourself doing well in a social situation. Sit down and envision yourself saying the right things, using good interpersonal skills and generating leads.

Periodically, you will find yourself at a networking event, standing by yourself with nobody to talk to. You look around the room and everyone is already engaged in conversation with someone else. There are no other “single” people. It can feel unnerving. When this happens, it’s time to be a pair buster.

Simply look around for a pair of people and walk toward them. Don’t worry if you feel like you’re interrupting. Just go up to the pair and introduce yourself. Be assertive. Sometimes it helps to say, “Mind if I join you?” in a joking sort of way. The vast majority of the pairs you bust open, will welcome you. .

When you are already talking to someone else and a third person tries to bust into your pair, be sure to make that person feel welcome. Treat the conversational newcomer the same way you would like to be treated. Don’t act as if you’re inconvenienced. Just introduce yourselves and allow the person to feel part of the group.

The tone of your voice and your body language will help make such a person feel more welcome. Slightly turn your body toward the new person. If the person comes in mid-conversation, explain what you have been talking about in an effort to bring the new person up to speed.

Networking gives you the opportunity to be a “connecter,” a person who introduces two people to each other. Go out of your way to connect others to each other. If you connect two people who end up doing business together, you have earned social capital. The two people who profited from that relationship will always appreciate you and owe you a debt of gratitude.

Connecting also helps mitigate rustiness you might have. Instead of focusing on the stress of networking, make it your mission to find people you already know but who don’t know each other. You could make a game out of it.