Confidence in Your Commission 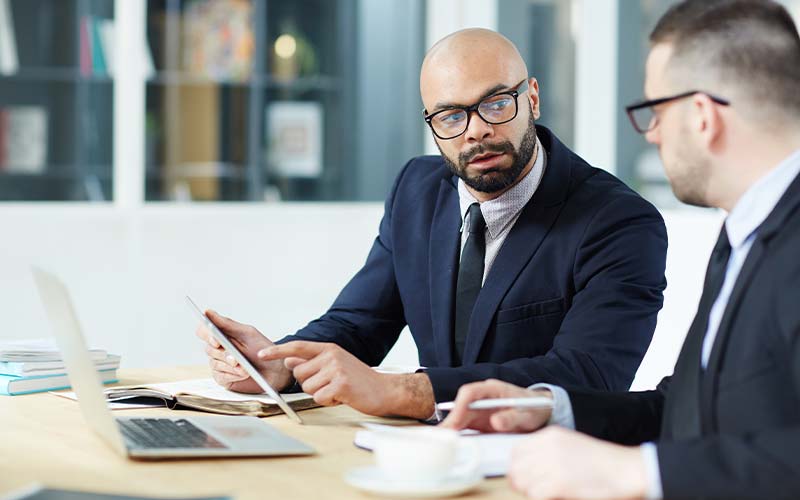 My friend and colleague, Lee Salz just released his latest book, Sell Different! and it’s outstanding. For this week’s column I decided to share an excerpt from the book on how to defend your price or commission rate:

After a lengthy new client acquisition process, the time has come to submit a proposal including pricing. Countless hours are spent formulating a glorious proposal that details your comprehensive solution. Proud of your accomplishment, you present the proposal to your prospect. Skipping the “About Your Company” and “Your Solution” sections, she flips right to the pricing page and says, “Oh my gosh, I didn’t think it would be this expensive!”

What happens next determines whether or not you will win the deal at the prices you want. There is a trade secret in the purchasing world. I call it “The Flinch Test.” This is the test procurement agents and other professional buyers give to salespeople when they present pricing.

“Wow! You are 25 percent higher than your competitor.”

These buying pros are trained to react with surprise, in an effort to see if the salesperson is confident in the price they have put forward. It is nothing more than a negotiation tactic.

Salespeople are evaluated based on sales metrics. Procurement agents are measured against purchasing metrics. Performance against those metrics can affect their salaries and bonuses. They have an obligation to ask you for a lower price as they are acting in the best interests of their employer. That doesn’t mean you need to give it to them, but they have to ask, so be prepared.

These are failed responses because they create trust issues with the prospect. Were you trying to “rip them off” with the price you presented? One of two things is true. Either you were trying to take advantage of them, or you believe you provided a fair price. What other option is there?

Some salespeople say that they were expecting a negotiation. That’s a fair point; however, it is a terrible negotiation strategy to give the appearance that you will drop your price the moment someone balks. That approach gives the impression that you sought to gouge them. Good luck having a healthy relationship with a client after that.

Successful salespeople have a planned response for “The Flinch Test.” They don’t expect a prospect to respond with excitement about the proposed price. They anticipate shock and have methods to handle it. Here are their five secrets:

Set expectations up front. Early in the process, they set the expectation that they are not the low-price provider. “To be clear, our company is rarely the low bid. Does that mean that we won’t be working together on this project?” If they say no, you are set for the later phases of the process. If they say yes, you can ask about the impact ROI and TCO have on their decision-making. If that doesn’t matter to them either, you know not to invest an excessive amount of time on an account that you won’t win at the prices you want. If you are going to lose, lose early.

Don’t flinch! They say, “I’m not surprised by your reaction. I hear that a lot. As I mentioned at the outset, we are rarely the low bidder. Should we walk through the proposal again to make sure you are comparing apples to apples?” This is the opportunity to remind them of your differentiators and the meaningful value your solution provides.

Seek to understand. They ask, “When you say that you are shocked by the price, which part is surprising?” You need to know what part of the pricing they feel is out of line, so you can appropriately address it.

Gain clarity on their perspective. They inquire, “When you say our pricing is high, what is that relative to?” Don’t ever guess. Ask! They may be comparing it to something you had not considered. It could be to their budget, to their current solution, to another bidder, or to doing it themselves. To respond effectively, you have to know the basis of the comparison.

Reinforce the position. They ask, “Since we are rarely the low-price provider, what do you think our one thousand clients see in us, versus the competition, that leads them to pay a little more for our solution?” This question helps them reconsider their perspective on the pricing for your solution.

Here’s a key about healthy negotiation.

If you are going to give something, you need to get something.

If you are willing to make a price concession, what are they willing to offer you in return that justifies it? The “get something” should be something of value to you and your company, such as:

To share a little secret, I use “The Flinch Test” all the time when I make purchases. It’s amazing how quickly salespeople drop their prices. I bet I’ve saved my family 20 percent, across the board, for all of our spending just by having a reaction when a price is presented to me. It’s no wonder that professional buyers use this technique. How many commission dollars are lost just because salespeople flinched? How many commission dollars have you lost because you flinched?