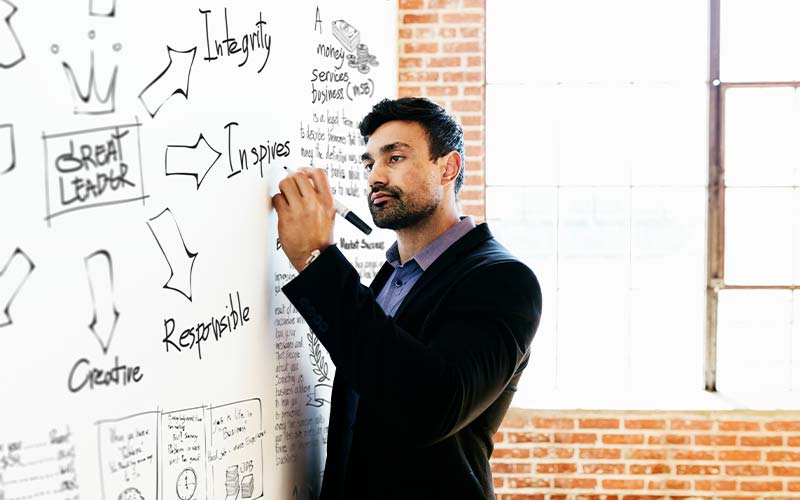 I was talking to my teenage son recently, imparting wisdom the way we dads love to do. Some people call it “dadsplaining.” No doubt that term was invented by some petulant teenager, who didn’t fully appreciate his father’s brilliance.

At any rate, we talked about “mindset.” I asked him if he knew what that word meant.

He said, “The way you see things, your outlook.”

I thought that was a pretty good answer. Officially, the dictionary defines it as “the established set of attitudes held by someone.”

My son and I were talking about mindset, because it related to our conversation about academic achievement in high school and how it would affect his future. “You might not see a connection between your coursework now and what it means for your future, but if you have the right mindset, it will end up benefitting you.” — or something like that…

The right mindset allows a high school kid to get everything he can out of school and set him down an advantageous path.

That word “mindset” is relevant in the brokerage world too.

I met with one of my clients over coffee yesterday. She’s a successful, experienced sales pro who wants to take her production to the next level and beyond. In order to do that, she is ramping up her prospecting. Like many sales pros, prospecting is not necessarily her favorite part of the job.

Wouldn’t you know it – that word “mindset” popped up again.

A prospector’s mindset is more than just adopting a can-do, positive attitude. Although that certainly helps.

Because prospecting is fraught with rejection, it tends to be the most procrastinated of all selling tasks. People who lack a prospecting mindset will do just about anything before prospecting. They’ll reorganize the file cabinet, delete old emails and voluntarily clean out the break-room refrigerator before starting their prospecting calls.

Brokers who have prospecting mindsets proactively prospect. They see it as a first-things-first priority. They time-block periods of each day that are reserved for prospecting. They block out other times for pre-call preparation.

The prospecting mindset means you don’t wait until everything is perfect before making a call. You’re not necessarily reckless, but you nevertheless jump in and don’t hold back.

I’m working with another client on her prospecting message development. We’re just at the beginning of the process. She was wondering if she should wait until the email messages and telephone scripts are finalized before contacting any more prospects.

You can probably predict the answer: “absolutely not!” That wouldn’t be an example of seeing the world with a prospector’s mindset.

I’ve said it many times before and will say it for the rest of my career – prospecting is the root cause of all success and failure in commercial real estate brokerage. It is the reason 20 percent of agents do 80 percent of the business. If you want to be in the top 20 percent (or higher) adopt the right mindset.

The term “mindset” will show up in a webinar I’m presenting on September 29th. It’s called “How to Increase Your Sales During the 4th Quarter.”

Q4 is simply different from the rest of the calendar. It’s the “harvest season,” when you cash in on all the hard work you have invested. No other part of the year comes with so much opportunity to exceed your goals, boost your income and move up your company’s leader board.

Winning the fourth quarter takes the right mindset and a lot of tactical moves. We’ll cover all of that.