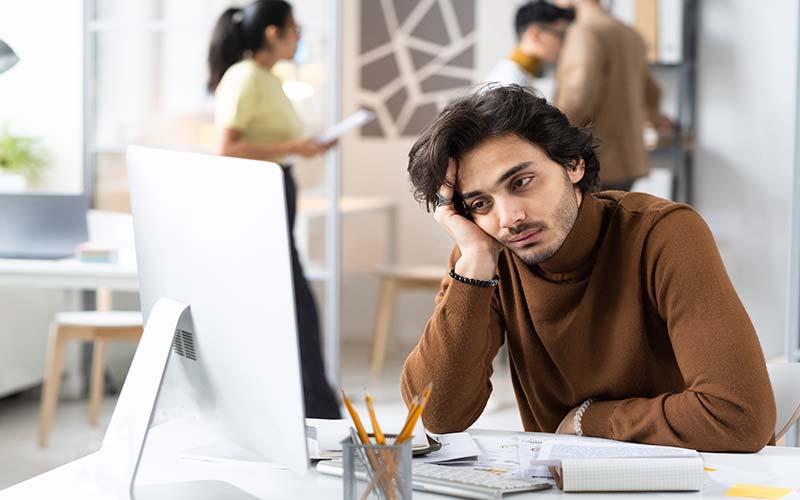 From 1980 to 1995, Gary Larson had a syndicated, single-panel cartoon known as The Far Side. It ran in thousands of newspapers and was pure genius in its hilarity and concurrent simplicity.

I could always relate to the cartoon especially one captioned, “Same planet, different worlds.” The cartoon panel is divided in half. In the top frame, there is a man lying in bed staring at the ceiling with a thought bubble above his head that says, “I wonder if she knows I exist…Should I call her? Maybe she doesn’t even know I exist? Well, maybe she does…I’ll call her. No, wait…I’m not sure if she knows I exist. Dang!”

In the bottom frame, there’s a picture of a woman lying in bed staring at her ceiling with a thought bubble above her head: “You know, I think I really like vanilla.”

That cartoon cracks me up, because it’s a metaphor for anyone who does deals for a living.

As the cartoon so effectively illustrates, people have different priorities and different levels of urgency. As a CRE broker, your level of urgency is often greater than that of your prospects.

Think about it. Your job depends on doing deals. You don’t get paid until you close a deal. Because your livelihood depends on deal making, you have a vested interest in the process moving quickly and the purchase decision made promptly.

But your prospect could (and often does) have a very different timeline for a variety of reasons:

If you find yourself in the real estate equivalent of The Far Side cartoon, what should you do?

Stick to the basics. Be persistent and focus on value-led messaging that focuses on the prospect’s outcomes.

When you discover exactly which part of your offering most closely meets what the prospect most values at the time he or she most needs it, the prospect’s level of urgency suddenly will match and sometimes even exceed yours.